Popular from about 1880-1930 Coralene glass is made by applying tiny glass beads to a glass vase, bowl, carafe or any other type of glass vessel, the beads are fused to the glass during the firing process. The beads add a raised design to the glass in a pattern designed by the artist.

In Europe a large amount of Coralene glass was produced in the west of the Czech Republic (Bohemia) and Germany, Japan and the USA.

The name Coralene comes from the coral like effect of the tiny beads of class forming a similar shape to a piece of coral. In fact some of the Coralene pieces were designed to form a coral design on the glass.

The designs are first painted on the glass surface, then the tiny beads are added as evenly and carefully as possible. The piece is then reheated and the beads melt slightly to create an even coral like bumped surface. 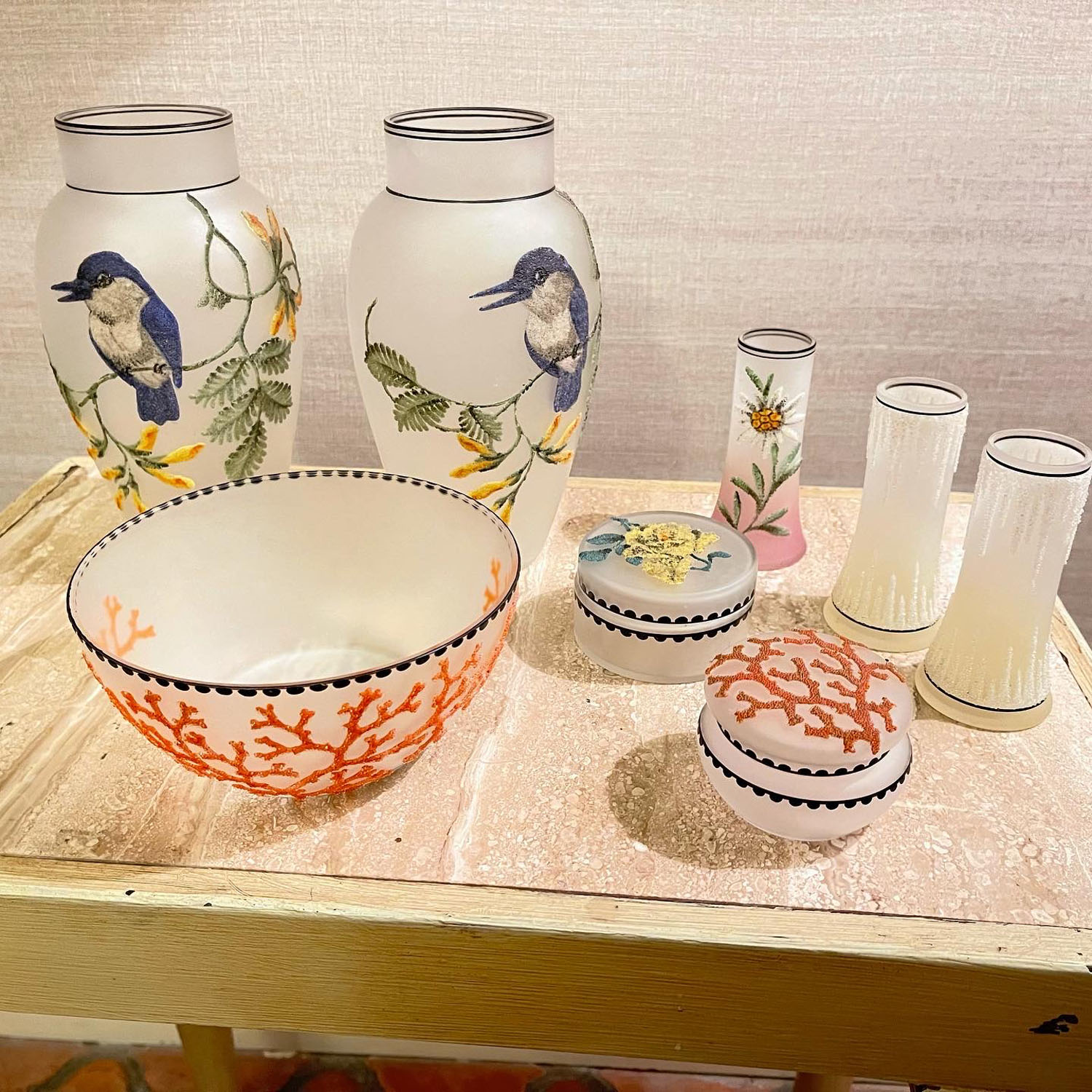 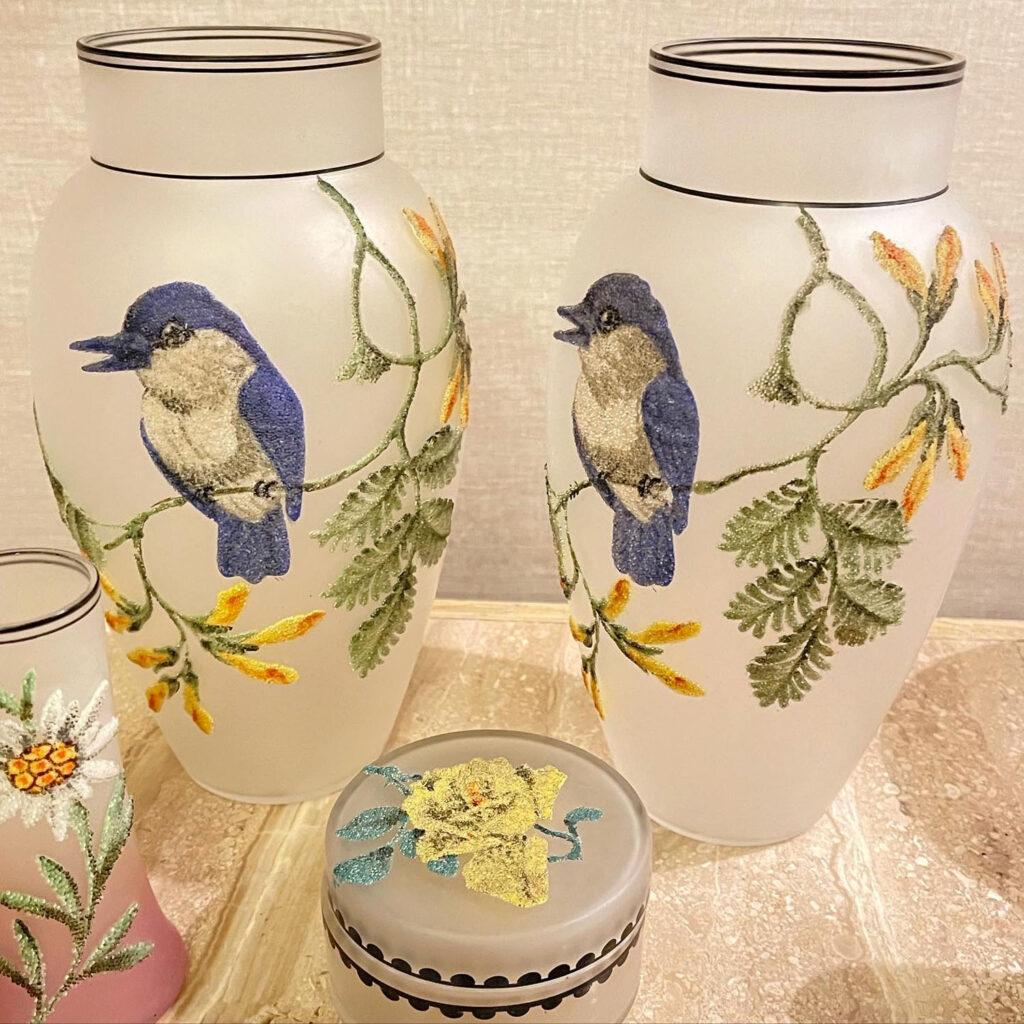 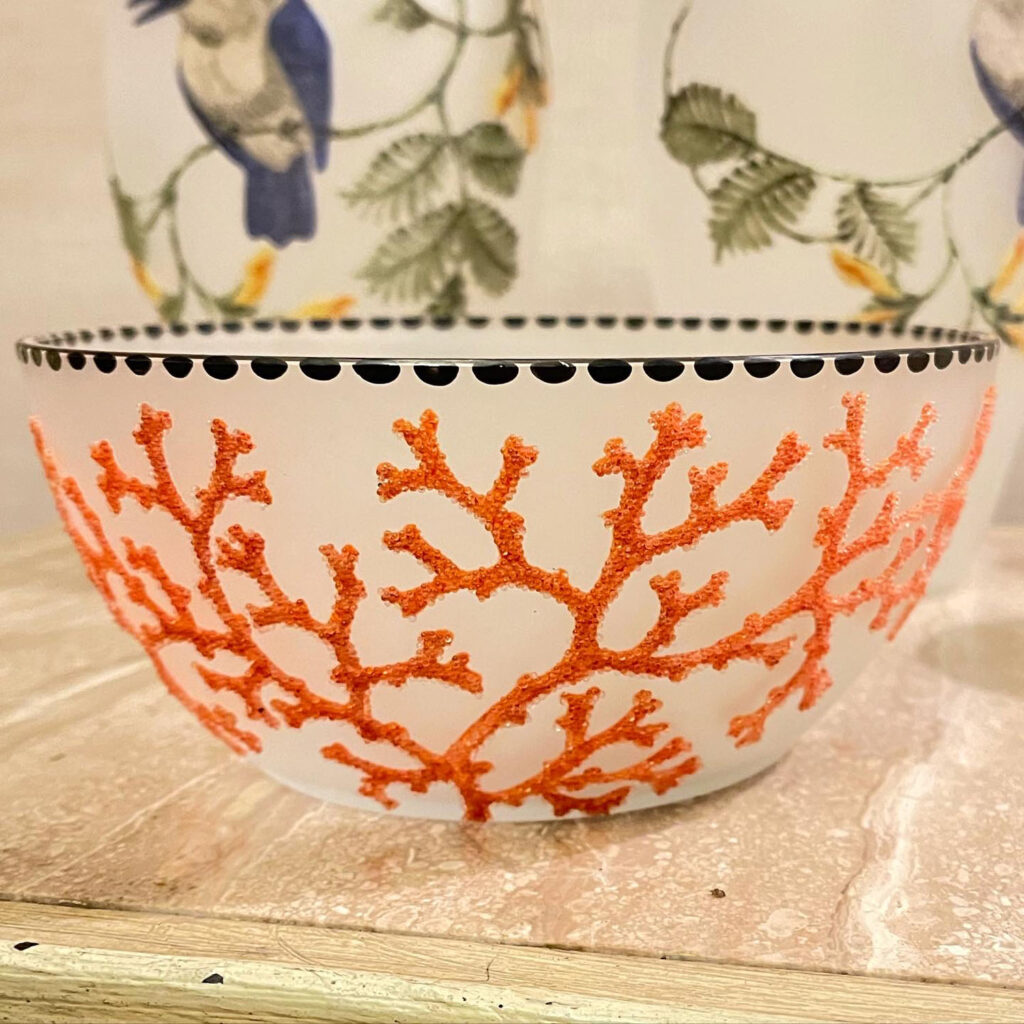